I am both delighted and impressed to hear that the very first World Lemur Festival (Oct 25th - 31st, 2014) is about to begin. Activites and events to celebrate lemurs will take place worldwide. My name is Tetsuro Matsuzawa. I am the president of the International Primatological Society (IPS). Primatology, as an academic discipline, is the scientific study of all primates, including humans. The term nonhuman primates includes apes (chimpanzees, bonobos, gorillas, orangutans, and gibbons), monkeys (e.g. baboons, macaques, capuchin monkeys), and also prosimians (e.g. lemurs). Few people realise that there are no indigenous species of monkeys, apes or lemurs in Europe or North America. There are no North American monkeys, no French monkeys, no British monkeys. The island of Madagascar has almost 100 species of lemurs. Most importantly, wild lemurs can be found nowhere else in the world. All nonhuman primates, especially lemurs, are either highly endangered, or at some risk, because of human activity, such as logging. The World Lemur festival is an inspiring and wonderfully creative idea. I am heartened that the people of Madagascar are acting together to raise awareness of their unique natural treasure. It is my sincere hope that we can join together, around the world, to promote the conservation of the lemurs of Madagascar.
Tetsuro Matsuzawa
President of the International Primatological Society
Professor of Kyoto University
General director of Japan Monkey Centre 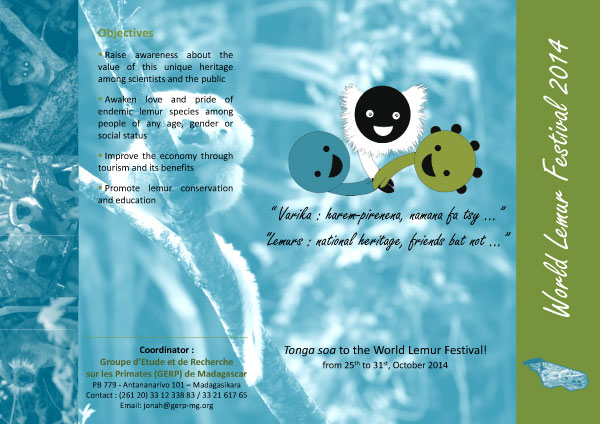 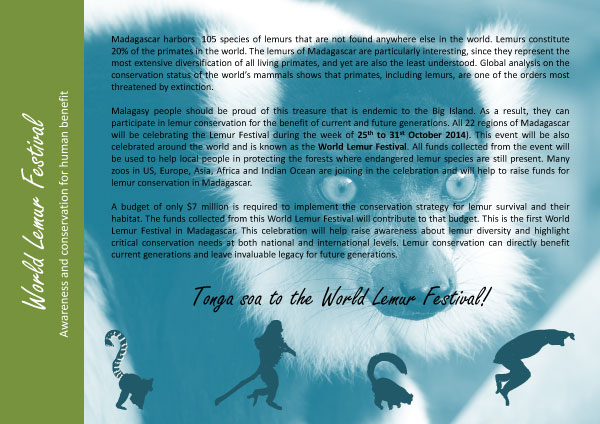 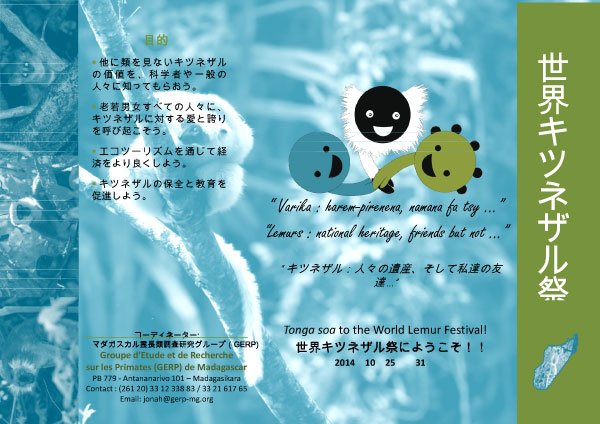